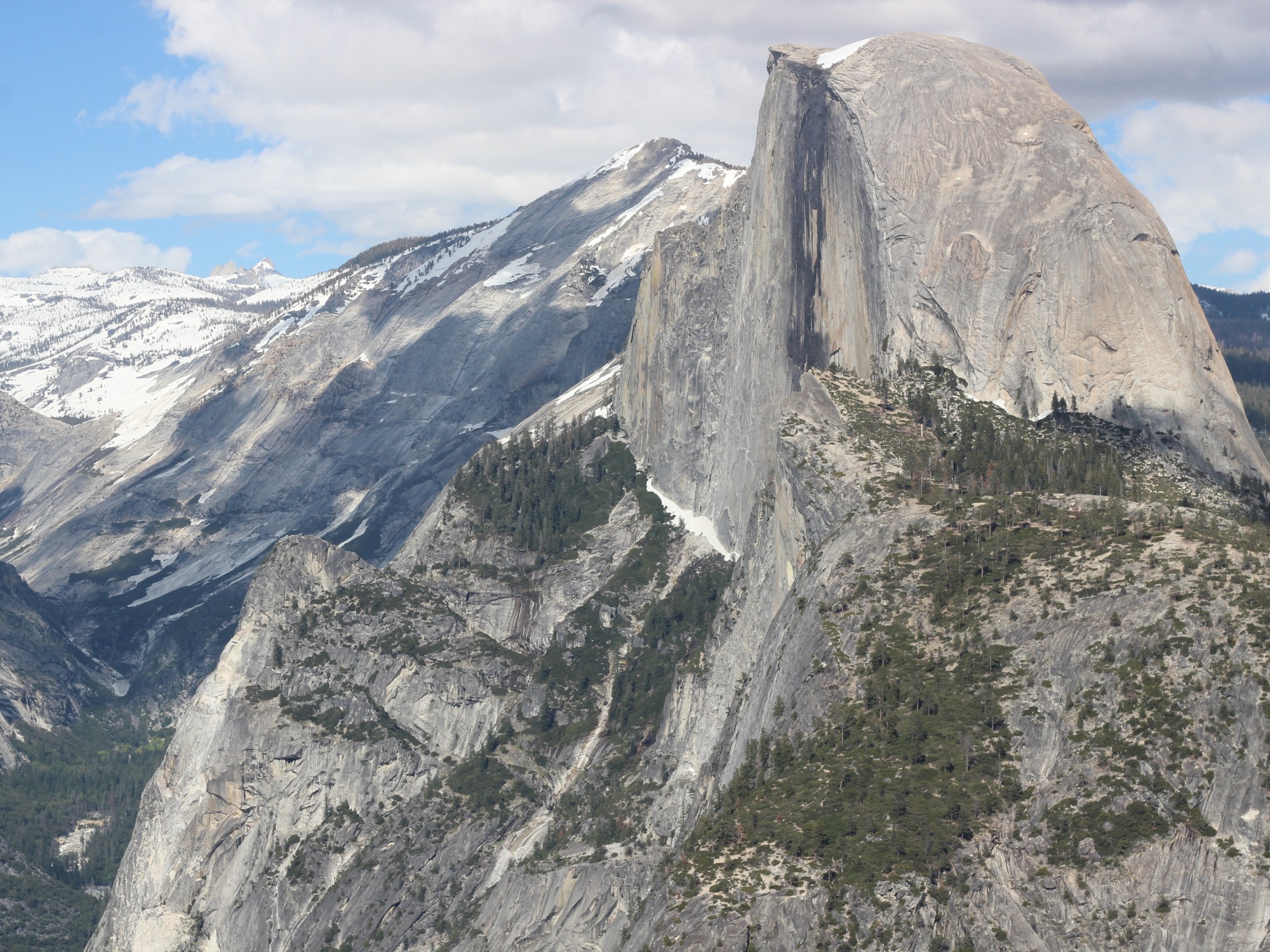 I typically prefer to travel and hike alone. There is something about getting away from my daily routine, about escaping the chaos around me that encourages solitude on the road and in the mountains. That’s probably why after 11+ years of being best friends, Mariah Kanistanaux and I had never been on a ‘big’ trip together. We had only road tripped from Portland back to Montana, and done many small trips.

Early last fall we purchased tickets to run the Yosemite Half Marathon and booked our flights to San Francisco. Months went by and going on a run was continually avoided. In the months, weeks, and days leading up to our half marathon we would text each other saying “yep, still haven’t trained.” 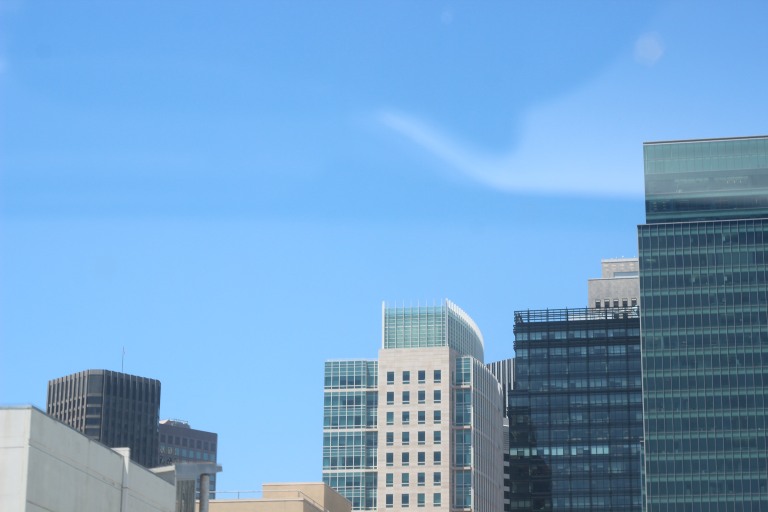 We met in the San Francisco airport (though its actually incredibly hard to navigate & we were lost for a ridiculous amount of time.) We hopped in the car and took off. We decided we would drive awhile before finding somewhere to stop and eat. My feet dangled out the window as the sun set. Eventually we found a place to pull off and eat – long story short, we both got food poisoning and were sick the rest of the drive. We drove all through the night and finally arrived at a small town before Yosemite and decided we would pull off camp in the car. It was midnight. We would need to be up for our half marathon at 4am.

As the early morning rolled in and our alarms unapologetically rang through the car we crawled out of our sleeping bags. Happy Birthday Mariah – running a half marathon was exactly what you wanted, right? We packed up our gear and headed toward the start of the race. After going the wrong direction for 15 minutes we looped around and finally found our pick up point. We had planned to run in the second heat but the bus pulled up as the first heat started so we ran out of the bus on and onto the trail. We kept a steady pace throughout the race, singing along the way with more laughs than breaths. Though we hadn’t trained we were in similar running shape and didn’t start to hurt until mile 11. As we finished the race we grab hands and sprinted through posts. We made it.

We didn’t spend much time waiting around – though I am sure we took first place and just forgot to get out medals.

We took a bus back to the parking lot (the wrong one and hitched with the girls to the right one) and checked for the closest diner. There is something about diner coffee that seems to stay in my memory, I don’t think I will ever forget that day. After breakfast we headed toward the Yosemite National Park entrance. While driving we got entirely too sleepy and pulled off on the side of the road. The decision was unanimous, it was nap time. We grabbed out sleeping bags and bundled up in the back of the car, waking up just an hour later to a family getting out of their car to see the view. At this point I felt like I was in 110 degree weather. Jumping in my zero degree bag in the beating hot sun was not smart.

We continued on to the entrance and waited in the never ending line. Finally, we were in. We didn’t do much planning for this trip so we decided to wander around. We ended up finding incredible view points, though most of the popular spots were still covered in snow. We headed down toward the village in the afternoon and wandered some more before deciding we needed to find a place to sleep.

We drove the car about 30 minutes outside of the park before coming to a little gas station. We ran in and grabbed snacks and birthday food and cider for Mariah – we had to celebrate. We ended up finding a little pull out with about 6 other people car camping. This is where we would post up for the next couple of nights.

For the remainder of our days in Yosemite we would grab gas station coffee, hit some trails, and end up snuggled in our bags just after sunset. When you’re in the valley, no matter what direction you turn your head you’ll see something absolutely breathtaking. The seemingly endless walls surround you and make you feel so small, so insignificant. I recalled the stories of Alex Honnold, Tommy Caldwell, and the legends before them. How freaking wild. I absolutely have to go back to Yosemite to climb.

When we decided to hit the road and head for San Francisco we had intentions of spending some time in the city. As soon as skyscrapers were in sight we agreed we’d just pass through and head for the coast. We ended up following a windy road which led to what felt like a ghost town. There was no way we were going the right way. After miles and miles of contemplating turning around we reached the parking lot to start our hike. We had about an hour before sunset and 12+ miles to hike but that didn’t make us pause for even a moment. We hiked and danced and laughed as the sun began to set. We were exhausted from hiking that morning and driving all day but we were determined to reach the falls.

After ducking through a walkway of overgrown bushes (we later found out they were poison ivy) we caught a glimpse of paradise. We rushed down to the waterfalls in awe. I had never seen something so beautiful. Waterfalls rushing before us and the ocean to our backs. We’d soon find out this wasn’t the end. We continue on down a steep trail and saw a waterfall rushing off the cliffs and into the ocean. I will never be able to describe to someone how incredible this moment in this place was. We sat on the sand in awe, the wind brushing across our bodies and goosebumps quickly appearing. We could only stay awhile, we had to make it out before dark. 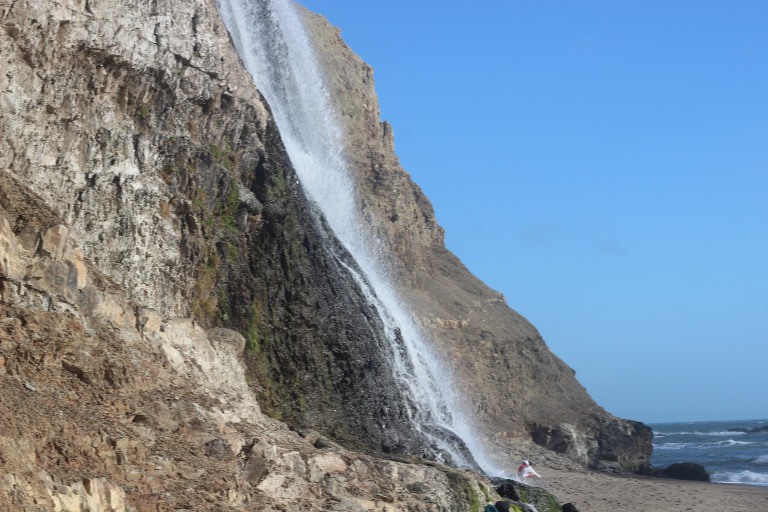 These are the moments I will never forget.

We headed back to the city and went to the first In n Out we could find. We’d been eating camp food and granola bars for days. We ended up sleeping in our car on the side of the road just across the Golden Gate bridge. The next morning we saw a man crawling out of his car and felt obligated to strike up a conversation. What are the odds we’d end up next to another guy sleeping in his car on the same street. Honestly, he was just an uber driver and had decided he didn’t wanna drive back to the city the night before. Got it.

Our trip to Yosemite was spontaneous and we absolutely could have seen and done so much more but we didn’t need to. Our trip was full of last minute decisions and bad coffee. Of laughing and signing and running.

I don’t think we always need to do life the way other people do. I think there are beautiful things around us that get overlooked. There are trails that get neglected. There are people who don’t get to experience us, all because we are trying to be just like to people before us.