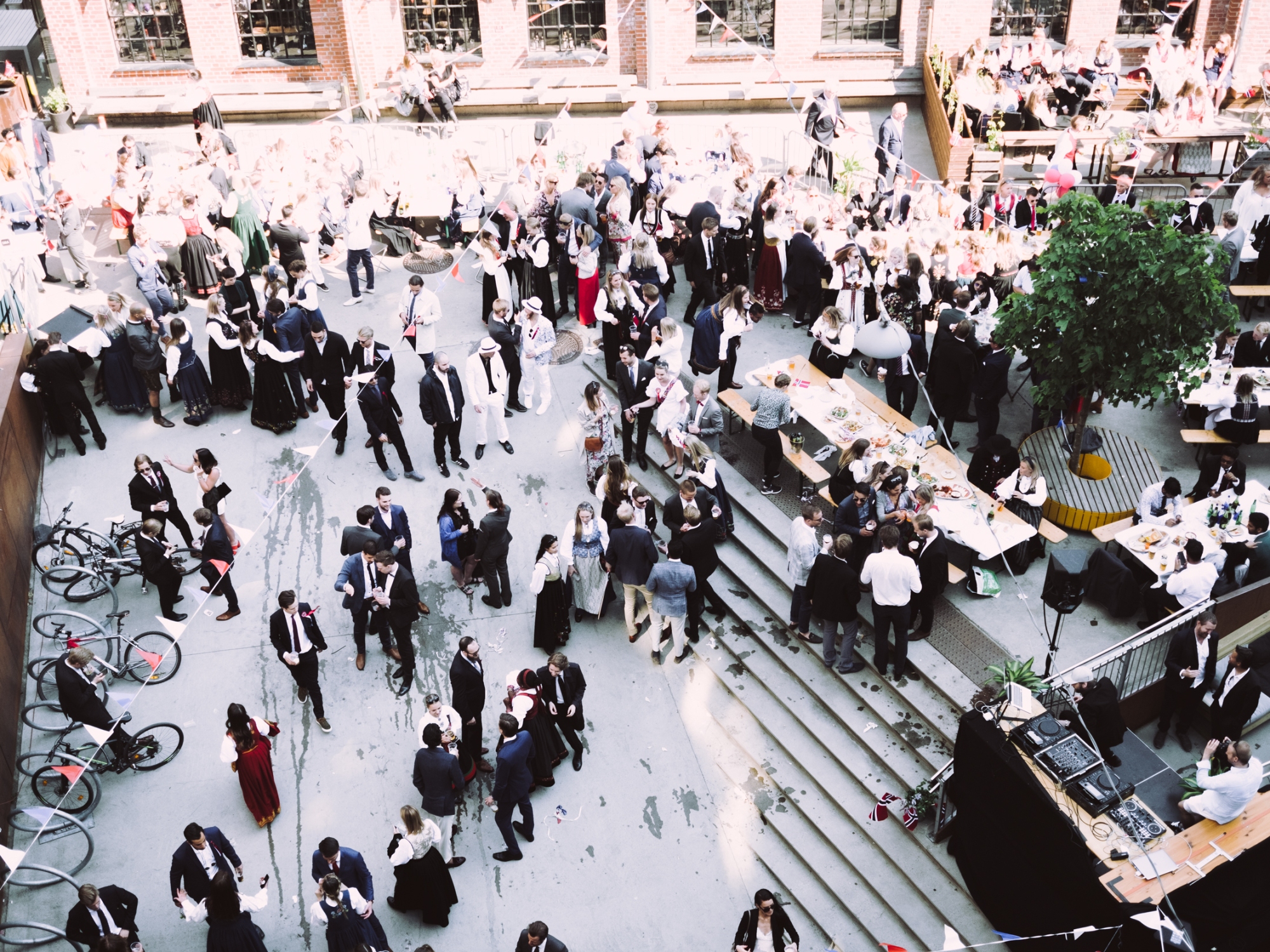 I guess I should start with why. That’s the question I received over and over before, during, and after heading to Norway. Why Norway? Why all the way across the world just to go to one country? Why alone?

I could just simply respond with why not, which is how I sort of feel. But there’s more. Last December I was feeling overwhelmed with a lot of things. I live a very happy, busy life. I love my job, I get to see my family more often than most people who live away from theirs, I have really great friends, and life is overall really good. But then there’s that thing inside of you – you know… the one that makes you feel like things aren’t as good as they are. I get pretty bad anxiety and have learned over the years what it feels like when its coming on, and how to settle it. When I get overwhelmed and life is crazy busy (which mine always is – and I love it for the most part) the only thing I can do to prevent that overwhelming sense of anxiety is to be alone in nature. Whether I am hiking in the mountains or swimming in the ocean, alone time allows me to reset and recognize all of the wonderful things in life I get to be a part of.

Okay. Back to December (I hate that this feels like a Taylor Swift reference, it’s not.) December was a hard month for me. We were busy with the holiday season at work, I wasn’t able to go home for Christmas to see my family, I wasn’t climbing because I was injured, and there were some really tough personal conflicts happening in my life. I didn’t feel like myself.

I was ready to run away. Parts of me felt like I just wanted to drop everything I was doing in life and run away to some other place. In the past – I might have irrationally done this. But I was able to recognize what was happening and I knew for my mental health I needed a chance to reset. A chance to do what I love the most – be alone in nature. That’s when I asked my boss if I could go to Norway for a couple of weeks. He’ll never know what his casual and kind response of “Yeah, just let me know the dates when you figure them out.” meant to me.

I chose Norway for a couple of reasons. First off, the hiking. For as long as I can remember I have wanted to explore the fjords and travel to the Lofoten Islands and experience everything outside in Norway. Second, I love to travel alone – though I know that wont always be the case. I would rather choose to visit somewhere on my list that the outdoors are a focus rather than maybe architecture and museums – because those things seem nicer to experience with people.

Okay – now let’s get started with the actual trip.

The planning and packing before going on a trip look different for everyone. Some will pack and re-pack and others, like myself – will pack just a couple of hours before leaving and cram everything in until it fits. Though don’t let this fool you, I am a really good planner so I kind of knew that things would fit. If you need help planning or packing for a trip let me know! I absolutely love doing this.

The night before leaving to Norway I drove up to Seattle to stay with a dear friend Nikki. I asked her only hours before if she minded if I crashed there – really on top of it for this trip.

I took off the next morning and got to the Seattle airport WAY too early. I spent my time going over some final details for my trip. The only real plans I had were specific hikes I knew I wanted to do, plane tickets booked between big places, and some cars booked. Apart from that I wanted to leave my itinerary open so that I could experience things that locals recommended or that I saw along the way.

Eventually I headed off from Seattle to London. I can never sleep on planes so I just ended up watching way too many movies and deciding that I want to get more into extreme sports thanks to Point Break. When we landed in London I had to run through the airport to catch my flight to Oslo because we were running behind. We landed in Oslo and I headed into town on the train. When I booked my trip I had no idea that I would be arriving in Oslo on their Constitution Day. This is a huge party day for Norway. The men dress in nice suits and the women dress in traditional Norwegian dresses. I stepped off the train and felt incredibly out of place, and pretty happy about it. I had my giant backpack and wandered off to find my hostel. I was only in Oslo for the day and would be headed to the Lofoten Islands the next day.

Literally every person I saw was walking around drunk.  Parades were happening all around me and live music was coming from every street corner. I originally only planned on being in Oslo to visit coffee shops – but they were all closed because of the holiday so starting on Day 1 I already had to throw away the plans on my itinerary. 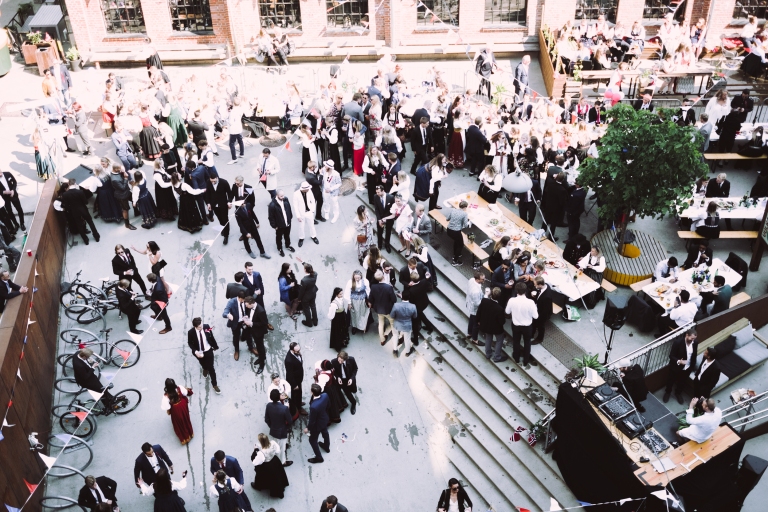 After checking into my hostel I wandered around town. I visited the Oslo Opera House which was absolutely beautiful. I continued to wander around for the day visiting the cafes that were open, stopping in parks, and watching tons of live music – none of it was in english but still so dang good. 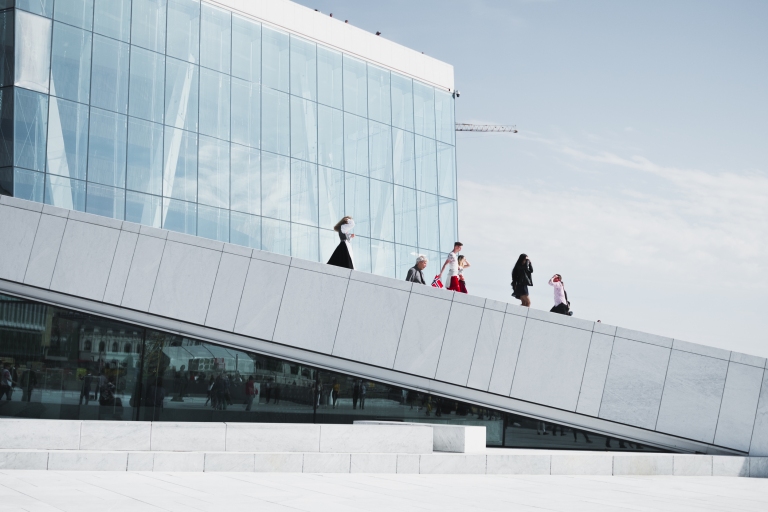 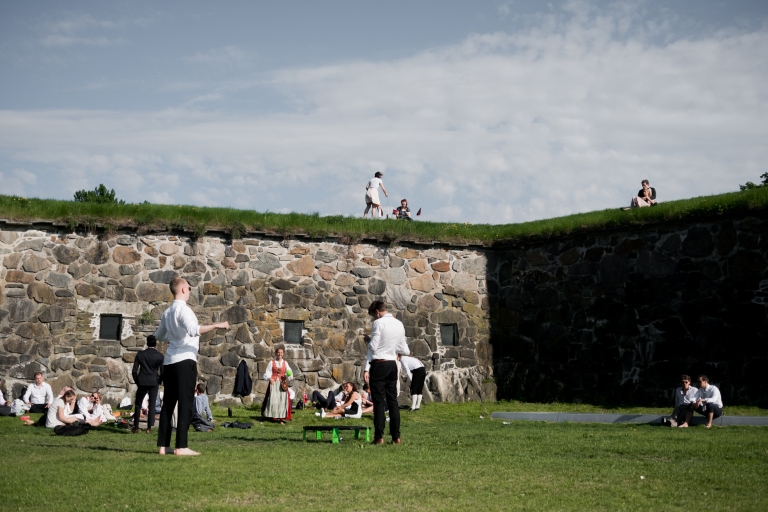 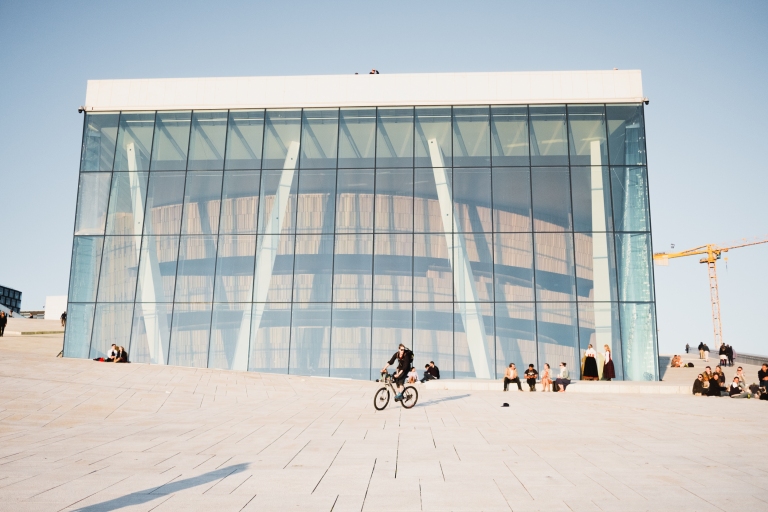 Though most everything was closed, I felt like Oslo seemed to be just another big city. I don’t think I will ever be a person that travels from city to city to experience that sort of culture and I am okay with it. I prefer the small towns and villages. Oslo was beautiful, but it was just the beginning of what would be one of the most incredible countries I have experienced. I went to sleep relatively early – in preparation for my next adventure on the Lofoten Islands.

The next morning I woke up super early at the hostel and was surprised with a huge breakfast bar. There was a woman preparing all of the food – from sliced fruit and berries to deli meats and fresh baked bread, this was quite the feast. She told me to take a seat and had me sample her new jam recipe. It was an unexpected morning at the hostel but I chatted with her for the next hour or so before heading to the airport.

One thought on “Norway // Planning & Oslo”